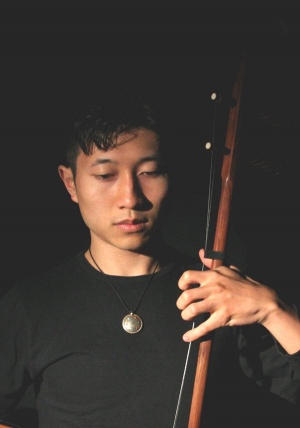 Nicholas Ng composes both contemporary classical and commercial music. He has been commissioned by the Melbourne Symphony Orchestra, Foundation for Universal Sacred Music, The Song Company, The Australian Voices, Music for Everyone, United Nations of Australia, Australian Choreographic Centre, Tugpindulayaw Theatre, Sydney-Asia Pacific Film Festival and the Art Gallery of NSW. Published by Orpheus Music, his compositions have been broadcast on ABC Classic-FM and awarded prizes including the Ignaz Friedman Memorial Prize, De Viana Music Prize and the Orpheus Publications Composition Prize.

As a performer, Nicholas plays the erhu (Chinese ‘violin’) for contemporary dance, multicultural performances, multimedia artwork, theatre and meditation. In 2004, he featured in Sounds of Peace, a meditation concert with David Jones (percussion) and Carmen Warrington (voice).

Adept in a variety of musical styles, Nicholas has featured at venues such as ‘The Studio’, Sydney Opera House, Yat-Sen Memorial Hall (Taipei) and Merkin Concert Hall (New York City). He is honoured to be performing in William Yang’s Performing Lines production, China, which commenced on its European tour this year after several Australian seasons.

In April 2008, Nicholas completed a PhD in composition with Prof. Larry Sitsky and Dr. Stephen Wild at the School of Music, Australian National University (ANU), where he is a lecturer in the Musicology Department.

Fascinated by the human voice, Nicholas is especially eager to combine voice with instrumental forces in innovative ways while marrying the ancient and modern through the use of traditional instruments and electronic sound.