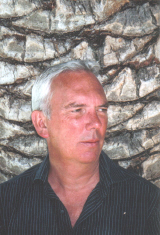 In 1979, halfway his studies in musicology at the University of Utrecht, a number of Huub de Lange's songs were recorded by The Mo, a popgroup that he had founded earlier that year together with his brother Clemens. The demo of the music caught the attention of the Dutch record company Phonogram. An album, simply called ‘MO’, was released in Autumn 1980 and surprisingly reached the top 10 of the Dutch album-charts a few month later. One of Huub's compositions on the album, ‘Fred Astaire’, was released as a single and reached the single-charts in the beginning of 1981. Despite the success Huub decided that the life of a popmusician, doing his gigs night after night, was not the kind of life that he wanted for the rest of his days, and he left the band.


Several years followed of ‘all kinds of everything’ including studies in Drama at the University of Amsterdam, that he completed in 1985. In 1995 there was the release of a cd called ‘Life and Death in a Street-organ’ containing twelve short compositions that he wrote for the combination of a traditional Dutch street-organ and live played strings (violin, violoncello and double bass). To realize this project he learned in Monnickendam (a nice old little town near Amsterdam at the border of the Gouwzee) with technical support of Nico Genot, the builder of the street-organ, how to manufacture the cardboard books, with the holes punched, that run the mechanism of the mechanical organ and make the organ-pipes sound.

Nowadays he lives in Vinkeveen, a village between Amsterdam and Utrecht. Most of his recent choral compositions have been written for mixed choir, both a cappella and to the accompaniment of piano, organ or orchestra.