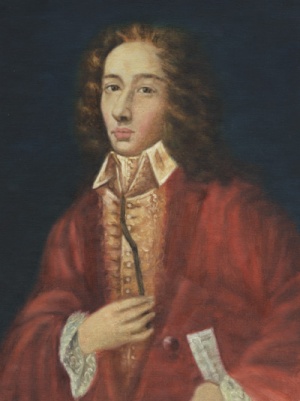 Giovanni Battista Pergolesi was an Italian composer, violinist and organist. Born at Jesi, Pergolesi studied music there under a local musician, Francesco Santini, before going to Naples in 1725, where he studied under Gaetano Greco, Francesco Durante and Francesco Feo among others. He spent most of his brief life working for aristocratic patrons like the principe di Stigliano and the duca di Maddaloni.

Pergolesi was one of the most important early composers of opera buffa (comic opera). His opera seria Il prigioner superbo contained the two act buffa intermezzo, La Serva Padrona (The Servant Mistress, 28 August 1733), which became a very popular work in its own right. When it was performed in Paris in 1752, it prompted the so-called Querelle des Bouffons ("quarrel of the comedians") between supporters of serious French opera by the likes of Jean-Baptiste Lully and Jean-Philippe Rameau and supporters of new Italian comic opera. Pergolesi was held up as a model of the Italian style during this quarrel, which divided Paris's musical community for two years.