From ChoralWiki
Jump to navigation Jump to search
The printable version is no longer supported and may have rendering errors. Please update your browser bookmarks and please use the default browser print function instead. 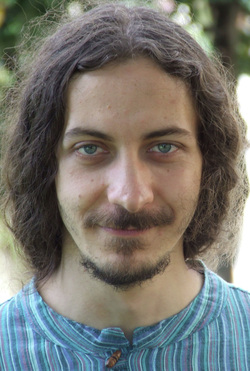 In 2005 he participated in the Icon Arts International Summer Courses, studying composition with Erik Peters (Sweden), Marian Borkowski (Poland) and Doina Rotaru (Romania). In 2008 he attended Summer courses in composition with Aurel Stroe at Buşteni. In 2008 and 2009 he attended Master classes in composition at the International Sommerakademie Prag-Wien-Budapest, studying with Nigel Osborne (Great Britain), Klangforum Wien (Austria) and electronic music with Hans Tutschku (USA). In 2010 he attended composition courses with Gyula Csapó at the International Bartók Festival. His works have been performed in concerts in Romania and also in USA (Bar Harbor Brass Week), Austria (International Sommerakademie Prag-Wien-Budapest) and Hungary (International Bartók Festival). His creation includes choral, chamber, symphonic and vocal-symphonic music. He is member of the Romanian Union of Composers and of I.S.C.M - International Society for Contemporary Music, the Romanian Section. Gabriel Mălăncioiu is currently teaching at the West University of Timişoara, Faculty of Music.