Difference between revisions of "Cyrill Schürch" 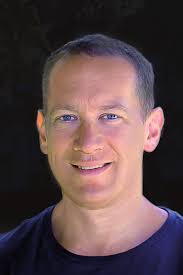 Cyrill Schürch’s most recent orchestral work, Diagonale has been performed by the Camerata Bern and Antje Weithaas in Bern, Turin and as been on tour with the ensemble in the Netherlands and Germany. 2015 saw three wins at compositions competitions: in May 2015, Cyrill won the first Mario Merz Prize for composition, in July his piece Three Seasons received 1st prize at the music festival at Povoa de Varzim, Portugal and his new setting of the O sacrum convivium for double choir won a 2nd prize at the Swiss Federation Europa Cantat’s contest. Cyrill was also prizewinner at the Swiss Children’s and Youth Choir composition contest and the Alpenchorfestival Brig 2012 and 2016 competitions. He has earned awards and commissions from organizations such as the UBS cultural foundation, AURA contemporary ensemble, EnsembleSpektrum, Ayre Flutes London, BernChor21, Camerata Bern and Europa Cantat. His music is published by EMR Editions Switzerland, Carus-Verlag Germany, Helbling-Verlag and AVA-Editions.

Currently, he is composing a piece as the winner of the Mario Merz Prize and is working on various commissions for choral pieces. He is also active as a pianist and chamber musician performing frequently as soloist or with pianist Daniel Vaiman in their Piano Duo. He has also collaborated with EnsembleSpektrum and plays regularly in a piano/violin duo with Leandra Wolf.

Born in Lucerne, he has originally started learning to play the accordion and later also took up piano at age 10. Before starting his degrees he studied piano privately with Konstantin Scherbakov. Cyrill holds degrees with distinction in both piano and composition from the University of Houston Moores School of Music working with pianist Nancy Weems and composer Robert Nelson. During his summer at the Aspen Music Festival he studied composition with Sidney Hodkinson and George Tsontakis and piano with John Perry. Other teachers included David Del Tredici and David Olan during a year of postgraduate studies at the CUNY Graduate Center in New York City. In 2008, he received a PhD from King’s College London studying with Robert Keeley and attended masterclasses with George Benjamin and Silvina Milstein. He is assistant director of the Musikschule Zug where he also teaches piano and composition and serves on the artistic committee of the European Youth Choir Festival Basel.