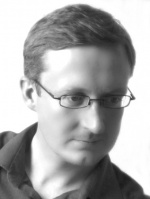 Vianney Sicard is a French pianist, organist, conductor and composer.

He started playing the piano on his own at the age of fourteen, and at sixteen he won two national piano competitions. He began his organ lessons with Abbé Gabriel Niel, holder of the choir organ of Nantes Cathedral, and then entered the Nantes Conservatory in the organ class of Pascale Mélis directly at the postgraduate level. He then entered Christian Villeneuve's writing class and Gérard Chenuet's analysis class. In addition to his musical studies, he studied mathematics at the Faculty of Science of Nantes. He decided to stop studying mathematics to devote himself fully to music. Passionate about vocal art, he entered Paul Colléaux's direction class and singing class. He won first prizes in organ and writing, then entered the Conservatoire National Supérieur de Musique in Mickaël Lévinas' analysis class, as well as in analysis, musical culture and art history. He left the CNSM of Paris after obtaining his analysis prize on Liszt.

He was approached by the Maîtrise de Sainte Anne d'auray to take the position of choir director of the pre-mastery, a position he held for three years. He was then approached by the diocese of Nantes to recreate the Maîtrise de la Cathédrale. After hesitating to commit to the position, he accepted and created the school, directed it and conducted the choirs for three years. It was especially during this period that he composed most of his vocal pieces.

He was titular organist of the organ of St Clair de Nantes then titular of the historical organ of Auray. He has given many concerts in France and abroad. As a pianist, he has been an accompanist at several music schools.

In 2012, he stopped his musical activities and resumed his scientific studies. He is currently preparing a thesis on artificial intelligence at the INRA BIOEPAR research unit in Nantes. This turning point marked Vianney Sicard's strong choices. He is involved in amateur music and puts his high musical skills at the service of amateur practice. He writes numerous arrangements for instrumental ensembles for various music schools and composes pedagogical pieces for the learning of ensemble music (orchestra). His catalog of works mainly includes pieces for voice. The instrumental pieces remain very vocal with a constant concern for melody and counterpoint.