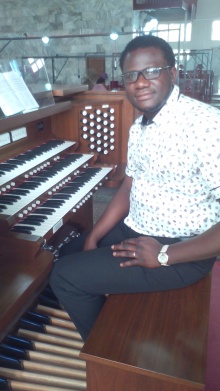 He proceeded to have advanced training in Organ playing under the tutelage of the celebrated Nigeria Organist; Pa. Kayode Oni (FTCL).

He studied Psychology at the University of Ibadan, He is presently the Organist/Choirmaster at St. Andrew’s Anglican Church Ogudu, Lagos.

He has conducted several major Choral works such as:

There are no scores available at this time. Please click here to add a new edition, or here for help.

Some of his unpublished works are: