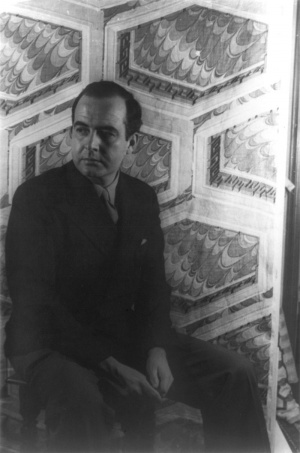 Samuel Osborne Barber II was an American composer of orchestral, opera, choral, and piano music. His Adagio for Strings is among his most popular compositions and widely considered a masterpiece of modern classical music.

Barber's published works were collected in Schirmer's Complete Choral Music (1969). The contents are as follows:

The Virgin Martyrs Opus 8, No. 1 Helen Waddel after Sigbert of Gembloux SSAA a cappella 1939

A Stopwatch and an Ordinance Map Stephen Spender TTBB Tympani 1942