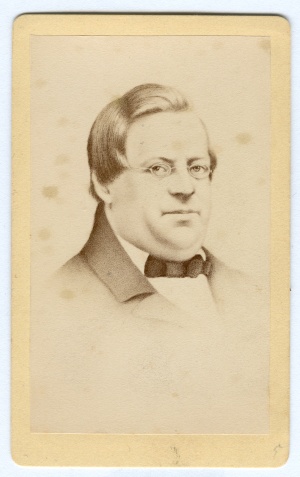 Heinrich August Marschner (Zittau, 16 August 1795 – Hanover, 16 December 1861), was the most important composer of German Romantic opera between Carl Maria von Weber and Richard Wagner, and is remembered principally for his operas Hans Heiling (1833), Der Vampyr (1828), and Der Templer und die Jüdin (1829). Marschner’s ability to depict supernatural horror by musical means is especially evident in the first two operas as well as in some of his ballads, such as "Die Monduhr" (c. 1839). Next to his operas, his most significant musical contribution is to the Lied, the best of which are comparable with those by Carl Loewe. Marschner also wrote a considerable amount of chamber music, including seven piano trios, as well as unaccompanied male choruses that were very popular in the nineteenth century. While Marschner’s operas strongly influenced Wagner, his chamber music, songs, and his cantata Klänge aus Osten (1842) were admired by Robert Schumann, whose cantata Paradise and the Peri (1843) shows the older composer’s influence. Marschner’s Bagatelles for guitar (1814) have been revived by guitarists, and so have been some of his piano trios. Among his operas, Hans Heiling and especially Der Vampyr have been adapted and revived in recent years with considerable success.