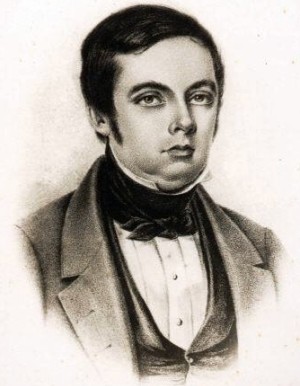 Composer of the Brazilian national anthem, Francisco Manuel da Silva also stood out as a conductor and promoter of music education in Brazil.

He was born in Rio de Janeiro RJ on February 21, 1795. In his youth he was a pupil of Father José Maurício Nunes Garcia, and later deepened his knowledge of counterpoint and composition with Sigismund Neukomm. In 1823, a time of increased brightness of the court of Emperor Peter I, he joined the orchestra of the imperial chapel, first as percussionist, and then in 1825 as the second cello. He played violin, piano and organ, and later became responsible for organizing and directing ensembles. In 1831, to celebrate the abdication of the Emperor Peter I, he wrote a patriotic tune that became the Brazilian national anthem.

The following year he published his first textbook, the Compendium of Music Practice, dedicated to Brazilian artists and amateurs. In 1833 he founded the Charitable Musical Society and in 1834 he was appointed conductor of the orchestra Sociedade Fluminense. At maturity began his most fertile period, with the composition of the coronation anthems (1841), D. Afonso (1845), and numerous masses, motets, folk songs, waltzes and lundus. Also published in 1845, his Compendium of Elementary Principles of Music for use at the Imperial Conservatory of Rio de Janeiro. Francisco Manuel da Silva died in Rio de Janeiro in 1865.