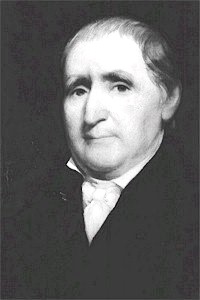 Biography Daniel Read was an American music composer and singing-school master of the late eighteenth century and early nineteenth century. He was born in Rehoboth, Massachusetts, in 1757, and died in New Haven, Connecticut in 1836, aged 78 years. He lived most of his life in New Haven. Read's music was very popular; he published more of his music books than any other composer of his time. This was in part his ability to write music that appealed to the singing public of the age in America – and more of his music was printed in compilation volumes than any other composer. Especially popular were his fuging tunes, which comprise more than half of his compositions. Some of his compositions have several fugues, Stratford for example, which has four.
Many of Daniel Read's songs have remained popular. His Calvary was sung 2,576 times in Sacred Harp singings 1995-2016; Sherburne 1,878 times, Russia 1,391 times, and Greenwich 1,310 times. [1]

NOTE. New works added to this page will be automatically placed in the correct position below. The year will be shown if the contributor will kindly enter {{Pub|1|YYYY|}}on the work page, where YYYY is the year of first publication of the work

Many of these have two or more editions. See Listing by First Line below