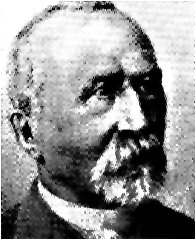 Dr. Benjamin Ipavec was born in a well known house of doctors and musicians, who left important traces in slovenian music culture. He studied medicine in Graz and in Vienna and music in Graz where he was employed as a doctor between 1871 and 1898. He is also known to be the first slovenian pediatrician. His brother Gustav Ipavec was also a doctor and a composer. Benjamin belongs to the romantic style of composing, though leaning to classicistic musical elements. His most known work is Serenada for string orchestra, which is aviso on Ars radio at Slovenian national Radio station.

He is author of many vocal works and works for piano, of opera Teharski plemiči, and of operette Tičnik.