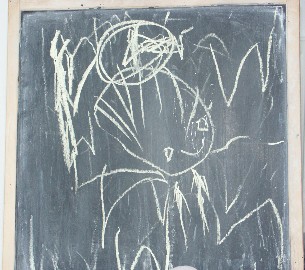 For some years now I have been, with numerous interruptions, preparing a complete edition of the vocal works published in Byrd's own editions. The rationale for this, besides the simple love of Byrd's music, is a dissatisfaction with a situation where the complete works of Britain's greatest writer appear online in dozens of free editions, while those of (one of the strongest candidates for the title of) our greatest composer are available either in old and often inaccurate editions or in expensive scholarly publications.

All pieces are newly edited from the original sources. Where possible, alternative printed sources have been collated. The usual conventions of early music editing apply throughout the editions: editorial additions such as suggested modern voicing, missing lyrics supplied editorially, indications of proportional tempi between sections in different time-signatures, are enclosed in square brackets.

All editions are at the original pitch and, where possible, in the original note-values. (The only reason for not employing the printed note-values arises where different parts employ conflicting notations and time-signatures, such that black and white notation coincide in different parts - the refrain of no.26 from the 1588 set is such a place.)

Voices are referred to by Roman numerals from highest to lowest, bars and notes within bars by Arabic numerals: hence the dotted minim a in the Contratenor bar 8 of Adoramus te, Christe is referred to as III.8.2. Notes tied over from previous bars are not numbered separately, so the quaver d' in the following bar in the Superius part is I.9.6.

Ligatures and coloration are indicated by solid and broken square brackets respectively above the affected notes.

Translations of Latin texts have various sources: biblical passages are taken from the Douai-Rheims Bible (1582 & 1609-10, with spelling modernised by the editor), other liturgical but non-biblical material from various apparently freely-available breviaries and missals. Where the source of a text is not noted, it is either anonymous free text (in non-liturgical items) or a non-bibilical liturgical text. Translations of more obscure originals (e.g. the one Italian piece in Byrd's œuvre) are noted in the individual editions. Translations of non-liturgical items not otherwise noted are editorial.

Lyrics added editorially where one of the standard repeat-signs (ij, &c. .//.) are in use are shown in italics.

Where the complete texts of English settings are printed after the music, the original spelling is retained, taken from the highest voice's partbook and, where applicable, the first appearance of the words.

The interpretation of accidentals poses few problems in Byrd's printed sources. The following editorial practice has been adopted:

Accidentals in the source are indicated by normal-sized symbols. These are not repeated within the bar in which they occur. Unless clearly erroneous (and so noted in the editorial commentary), all the printer's accidentals are included, either in the music or in editorial notes.

Editorial accidentals are indicated by small symbols before the note, repeated as necessary within a single bar. These are provided to correct (what seem to the editor) obvious omissions, to avoid severe and uncharacteristic harmonic clashes and to indicate preferred readings from manuscript sources. They are also used in editions from Byrd's earlier publications (1575-91) for notes in octaves other than those affected by the key-signature, where no accidentals occur in the source, since it appears that, in the 16th century, key-signatures applied only to the pitches at which they were placed. Later publications (1605-11) appear generally to adopt the modern practice, so these editorial accidentals are not employed here.

Cautionary accidentals are indicated by full-sized bracketed symbols. These are used:

For what is hoped will be the convenience of performers, where a different accidental has been recently employed;

Where, in accordance with 16th-17th century practice, a previous accidental would not apply, such as where repeated notes are separated by a rest or line-break.

Editorial or cautionary accidentals are not employed where the practice of the time seems to assume the persistence of a previous accidental: for repeated notes where there is no harmonic change and in cadential figures.

A particular textual problem needs specific mention: the D sharps leading to "augmented 6th" harmonies in the motets Tristitia et anxietas (II.102.1), Ne irascaris Domine (I.96.1) and Domine exaudi orationem meam (III.34.1, I.94.1). Modern critical opinion is against the acceptance of these D sharps, despite their appearance in the printed sources, on the grounds that they are stylistically inconsistent and do not appear in manuscript sources. However, the following points could equally be made in favour of their acceptance:

Incorrect accidentals are extremely rare in the two books of Cantiones sacrae, and tend elsewhere simply to be misplaced from adjacent notes;

The argument from stylistic consistency seems to deny Byrd the opportunity to make any harmonic experiments whatever.

Performers are of course at liberty to retain or omit these accidentals. An admirably balanced and informed discussion may be found in Watkins Shaw's article A Textual Problem in Byrd: A Purely Accidental Matter (Musical Times, Vol.102, No.1418 (Apr, 1961), pp.230-232), in which the writer's conclusion is against their acceptance.

As notes above, multiple sources have been examined and collated where available. Generally, a "best reading" has been adopted where sources differ significantly. Errors corrected (or introduced) in later editions are not usually noted unless of particular musical or textual interest. Where different editions offer equally valid alternatives, this is noted in my individual editions.works pag

All of Byrd's explicitly liturgical music (the contents of the two books of Gradualia and the three settings of the Ordinary of the Mass) is written for the Roman rite. Earlier pieces set texts belonging both to the Roman and Sarum rites. Where a rite is not otherwise noted in the edition, the Roman is assumed.

Liturgical functions noted in editions of the Gradualia items are as directed (often rather laconically) by Byrd and his printer. The texts set may also be proper to other feasts either ignored by Byrd or instituted in later years. Users interested in liturgical performance are recommended to consult http://www.sanctamissa.org/en/resources/books-1962/.

I appear also to have begun a complete edition of Dowland's four songbooks, plus some of his contributions to other publications. Editions are as presented in Dowland's own publications, with lute tablature throughout, 1-4 voices and sometimes viols, although the songs may be performed by a variety of forces as noted on the individual pages. (N.B. the lute is always required.) Editorial practice is as for the Byrd edition. As a non-lutenist, I would especially welcome any comments from lutenists regarding the quality and usability of the tablature in my editions.

Thanks for spotting the error. Now corrected in both versions. I've removed the {{ScoreError}} from the works page, but left your comment on the discussion page.Jamesgibb (talk) 10:41, 3 October 2018 (UTC)